The Prophet Joseph Smith made an important textual emendation to this passage in the 1840 edition of the Book of Mormon, where the phrase “a white and a delightsome people” was changed to “a pure and a delightsome people.” According to Royal Skousen, “The 1840 change of white to pure seems to be a conscious one and was probably made by Joseph Smith as part of his editing of the 1840 edition. The change does not appear to be an accidental error based on any visual or phonetic resemblance between the two words.”

… and  the article also notes:

Why might Joseph Smith have made this textual change in 2 Nephi 30? Skousen elaborated that “the editing change to pure may represent a conscious attempt at avoiding what was perceived as a difficult reading (the Nephites were supposed to be light skinned), which therefore explains why the change from white to pure was made here—and only here—in 2 Nephi 30:6.”9 In other words, Joseph Smith may very well have recognized the possible racial undertones in this passage if interpreted that way and ultimately wished to avoid them.

While it is certainly possible that this change reflected the racial attitudes of early members of the Church, who assumed many of the views of their 19th century environment,10 Tvedtnes argued convincingly that the change may have occurred to emphasize that the text is speaking of a spiritual, not biological, condition.

See the link for the full article. This photo in the article of people dressed in robes for baptisms conveys the spiritual meaning of purity and the visual white of the clothing along with the warmth and vibrancy of faces in different shades of brown. 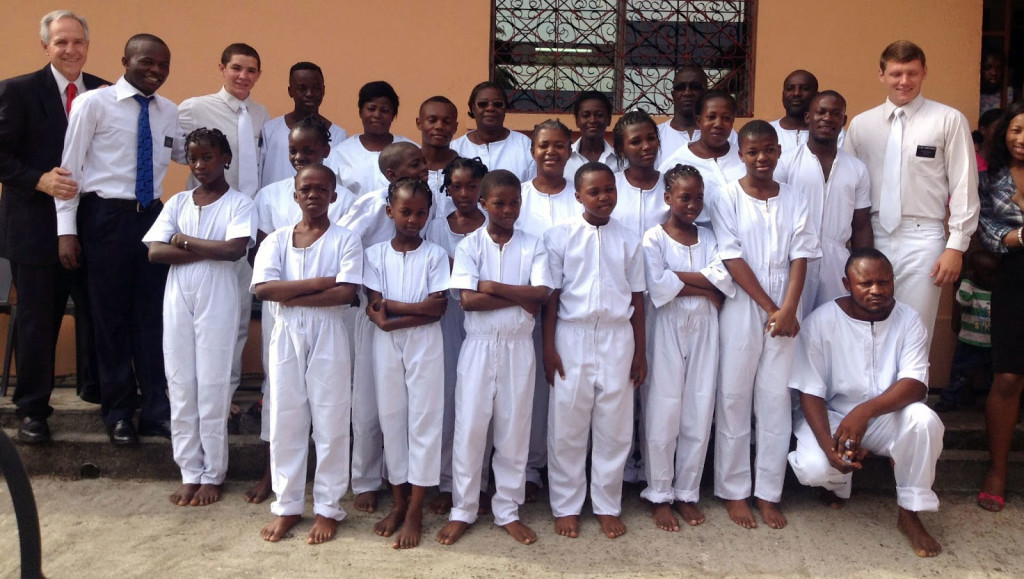 2 thoughts on “Book of Mormon use of “Black” and “White””

"Since I joined the Church, I desire to be more and more obedient to God. As I do so, many people say to me, 'I see a light in you more than ever before. What is it?'...During one performance at Disney world...[a member of the audience asked,] 'Could you please tell us...how you got that light?'"...more...
–Gladys Knight

"At the age of 15, I considered myself a seeker of truth and a spiritual person. I discovered THE BOOK OF MORMON while doing research on Muslims at my high school. I had every intention of uniting myself to that religion in some form. Assuming Muslims had some affiliation with Mormon specified on that strange sky-blue edition of the BOOK OF MORMON; I removed it from the shelf and read it. That book converted me to Jesus Christ..."...more...
–Rodric Johnson